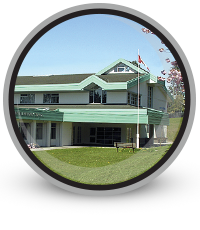 The performance of EndoTherm was studied in a pilot case by Coquitlam School District at 4 elementary schools over the 2020/21 heating season.

A baseline analysis was conducted on 45 schools operated by the school district using historical billing data from FortisBC from May 2018. The sites with the strongest correlation between consumption and temperature were selected as candidate sites.

It is noted that the COVID-19 pandemic has had a significant impact on occupancy and thus energy demand on site. Many schools closed in March 2020 and this can be reflected in a reduction in consumption in some (but not all) sites.

This has caused a well document general increase in consumption across buildings in North America. Thus, it was decided to run the same analysis for 3 elementary schools that have not had EndoTherm installed to act as a control for comparison against the EndoTherm pilots.

Over the 6/7-month period, the four schools treated with EndoTherm showed a reduction in natural gas consumption ranging from 4.37% to 16.46%, with an average saving of 11.35%.

During the study period schools in the district showed an overall increase in gas consumption. The three control schools selected as comparable, which did not receive EndoTherm, all showed increased natural gas consumption over the 6-month pilot period, with an average increase of 16.78%.

“We are impressed with EndoTherm and the saving numbers we have achieved in the span of 6 months. With that said, we would be replicating this to more schools in order to continue our evaluation.”