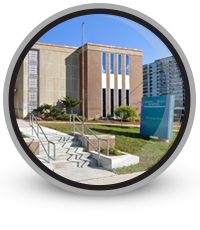 A pilot of EndoTherm was run by Grand River Hospital at 850 King St. in Kitchener, Ontario. The two-floor building offers Outpatient Mental Health Services. EndoTherm was installed on the 26th March 2018 and calculations began on the start of the next billing cycle (30th March). Usage is normalized using Heating Degree Days (HDD) from nearby Waterloo Well Airport (CYKF) using a baseload of 18.5°C.

Historical gas consumption was provided from January 2016 and used to create a baseline regression analysis. The trendline (y = 8.9402x – 558.88) from this data creates a predicted consumption where m3 consumed can be calculated from the known HDD value of that time period. The values after EndoTherm was installed have been plotted on the same regression graph for comparison.

Due to the low summer consumption the data for May – September has been eliminated from consideration. The pilot considers consumption during the ‘heating season’ stretching from October to April.

A reduction in gas consumption is also a direct reduction in CO2e released into the atmosphere. Saving 4,352m3 is the equivalent emissions of 8,100kg of CO2. This is the same amount of CO2 released by 1.7 passenger cars per annum or sequestered by 9.5 acres of forest each year.