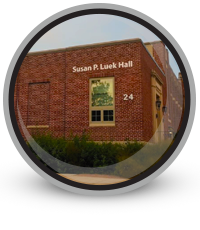 The performance of EndoTherm is being piloted by Millersville University at the Susan P. Luek Hall (formerly named Byerly Hall). The building, established in 1929, was initially a laboratory school for the college but now houses the Universities psychology department.

A baseline was constructed comparing historical consumption from September 2017 until August 2019 with heating degree days (HDD) from the nearby airport at Lancaster Airport (65°F chosen baseload).

Analysis of the baseload showed a notable increase in consumption since summer 2018 and the baseload was subsequently altered to include this.

The consumption each month post-EndoTherm install was compared with the predicted consumption:

During the pilot period Luek Hall underwent some scheduling and demand changes. In December 2019 set points were increased for a few weeks to coincide with colder than anticipated temperatures. Usage increased in March 2020 most likely due to an increase in fresh air ventilation on site which co-incides with the COVID-19 outbreak. These have not been removed from the analysis, but removal of these two months increases savings to 11.57% (18% removing baseload).