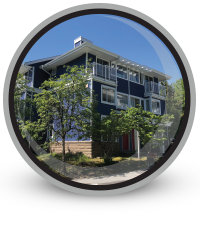 The performance of EndoTherm was piloted by Simon Fraser University in four townhouses owned and operated by the University.

Located on the west side of the SFU Burnaby Campus, The Townhouses at SFU provide undergraduate students with community housing. EndoTherm was installed in September 2018 alongside a flush/clean of the system which will also improve the performance of the system.

For each site, a baseline was constructed by normalizing historical consumption from 2017/18 with Heating Degree Days (HDD) at a baseload of 18.5°C. The trendline of this baseline consumption can be used to predict consumption based on the known HDD values for the time periods after EndoTherm was installed. 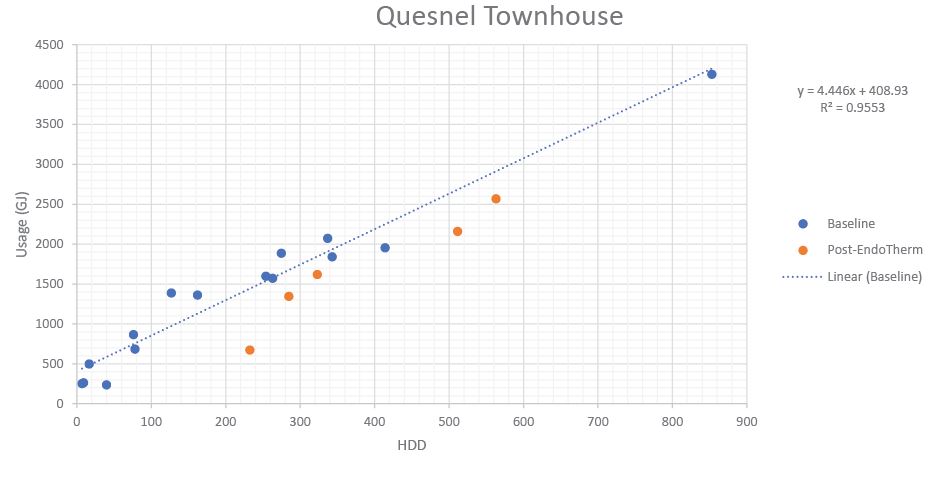 The difference between the predicted and actual recorded consumption can be seen to be the improvement due to the clean/flush and EndoTherm install. The saving each month can be cumulatively summed to get the overall saving over the six month pilot period.

The townhouses have variable occupancy as students and guests come and go. This resulted in every townhouse having different baseline models. This is likely the reason for the lower recorded saving at Kelowna due to the difference in occupancy during the baseline period.

The results show improvements across all four sites ranging from 6.98% to 20.76% with a mean average of 14.3%. Return on investment is expected to be less than 18 months.

“Simon Fraser University is happy with the results of the pilot. We were eager to see if the product lived up to the hype. The data shows that energy savings were achieved after Endotherm was added. The installation was straight forward and performed by a trained technician.”